I recently took a visit to The Giust Gallery in Woburn, MA. This Place is a real gem and I can't believe I hadn't heard of it sooner considering that I am from Massachusetts. I stumbled upon it on-line while looking for plaster cast to buy for my own studio. When I arrived I was greeted warmly and taken on a tour of there studio. I was amazed at the bulk of there collection. One could tell that The Giust Gallery really took pride in the work. They took time with me to thoroughly explain each step of  there working practices. Later they described a little about there history in the States and how they came to acquire all of these wonderful molds. 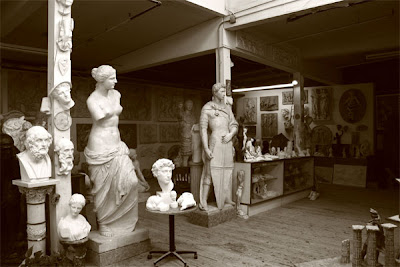 "The quality of a reproduction is of the greatest importance. In an original work of merit there is a subtleness of treatment- a certain feeling which, if captured in reproduction, places the finished piece within the realm of art itself." 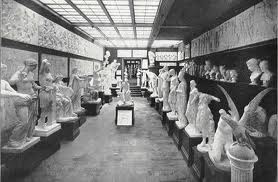 - Pietro Caproni, 1911
Florentine master craftsman Pietro Caproni practiced the art of creating quality reproductions. During the last two decades of the 19th century, he traveled through Europe making molds directly from masterpieces in museums such as the Louvre, the National Museum in Athens, the Vatican, the Uffizi Gallery, and the British Museum. Considered the greatest craftsman of his time, Caproni was one of the last to be allowed the freedom of casting directly from museum pieces.
In 1900 Pietro Caproni constructed the Caproni Gallery building, at 1920 Washington Street in Boston, to cast and house his reproductions. He made them available to museums, schools, and private connoisseurs through an illustrated catalogue which listed over 2500 casts, including such extraordinary pieces as the full-size Winged Victory of Samothrace and Michelangelo's head of David. The Caproni Gallery became the leading art gallery of its kind in the world. 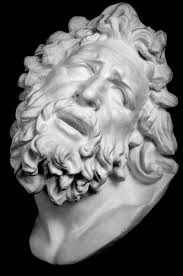 Posted by Brian David MacNeil at 12:08 AM